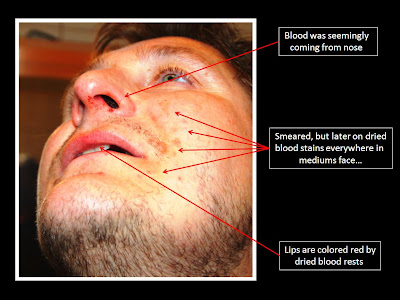 Picture: 100 min after the accident, that caused a nose-bleeding only dried blood-stains are visible. The medium had never before in his life a "normal" nose-bleeding!

At that evening, we did not want to disturb the sitters satisfaction and especially did not want to feel the sitter "guilty" who had caused the incident, although it was clear for us we would underline in all upcoming discussions with sitters previously to sittings the topics "Do's and Don't s" and "Dangers" for the medium.

I, as the serving medium of the evening, can only say, that I am lucky, that I was deeply entranced when the accident happened.
I am in no way emotionally concerned, nor traumatized - even though it was a very eyes opening episode for me.